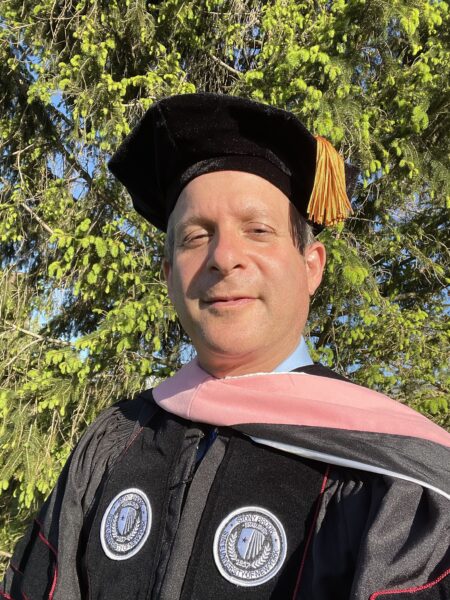 This past May I graduated from Stony Brook University, State University of New York with a doctorate in musical arts (DMA) specializing in jazz piano. I completed my studies under the mentorship and inspiration of Ray Anderson, the director of jazz studies. It was a gift to have this opportunity in mid-life to receive time and mentorship in developing my art and I made the most of it composing 13 new pieces, a big band arrangement which I produced a recording of with the University Big Band as well as mixed it in Logic (a first for me). I performed five concerts including a duo with Ray Anderson and trio adding Darrell Smith on drums, a solo piano concert, a quartet concert with Ray on trombone, Chris Lightcap on bass, and Jeremy Carlstedt on drums  of all originals plus one by Jon Irabagon, a duo with violinist Curtis Stewart, and a final concert featuring the Charles Mingus iconic work, “Meditations On Integration,” along with other pieces by Kenneth Morris, Elizabeth Cotten and myself performed by James Zollar, trumpet, Ray Anderson, trombone, Melissa Slocum, bass and Jeremy Carlstedt on drums. My academic requirements included a challenging musicianship course which strengthened my ear, an ethnomusicology seminar, and a course in post tonal analysis. I gave a lecture-recital untitled “The Unmistakable Sound of Thelonious Monk,” and completed a DMA paper entitled “Calibrating the Canon: A Case For Integrating African American Music and Aesthetics in the American Music Academy,” which I presented at the JEN Conference in Dallas earlier this year and will present again at the upcoming “Theorizing African American Music Conference” at Case Western Reserve University in Cleveland, Ohio. While at Stony Brook as a TA I taught classes in jazz piano, blues and jazz voice and instrumental improvisation. I am happy to say that my efforts towards integrating the academy had an impact in the Stony Brook Music Department in that the tonal analysis graduate seminar taught by Professor August Sheehy which once featured only Beethoven’s music now presents Duke Ellington’s and Beethoven’s music side by side to illustrate exemplary practices in tonal music. I do expect we will see more of this kind of thing in the future both at Stony Brook and elsewhere and its been a long time coming.

Here’s to all my teachers, mentors, guides, angels, friends and family who helped me reach this milestone. I’m thinking especially of Amiri and Amina Baraka who believed in me from the first time we met when I was 18, opened their home to me, and encouraged me to continue seeking truth in jazz and presenting my ideas by hook or crook like they did! I am also thinking about Barry Harris who helped reveal some of the secrets of tonal harmony to me by putting it in a framework my kind of mind could digest – SLOWLY. I could have never made it this far without this. I’m also thinking especially about my wife – Lorraine, who has always encouraged me to be my best self. I will never forget her sacrifice in running our household–cooking, cleaning, coaching- while I ran off to Stony Brook to do coursework or remained at Stony Brook in my mind while still home. Thanks darlin’. I owe you. I know.

To everyone else, I want to say, you can do it if you set your mind to it. Whatever your long term goal is, whether academic, artistic, spiritual. The main thing is just like Duke Ellington said and I’ll say it again. NEVER GIVE UP. And of course, we DO love you madly! 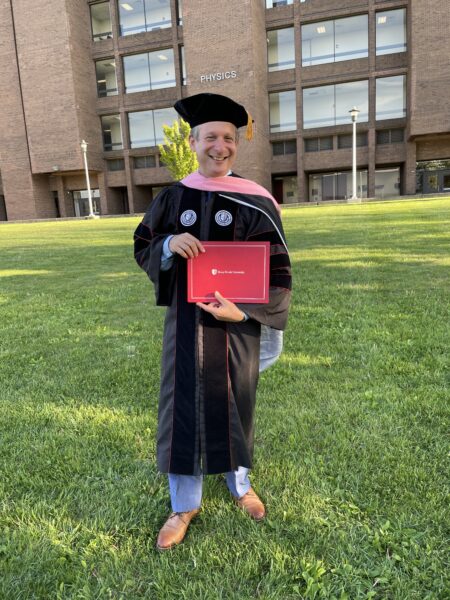 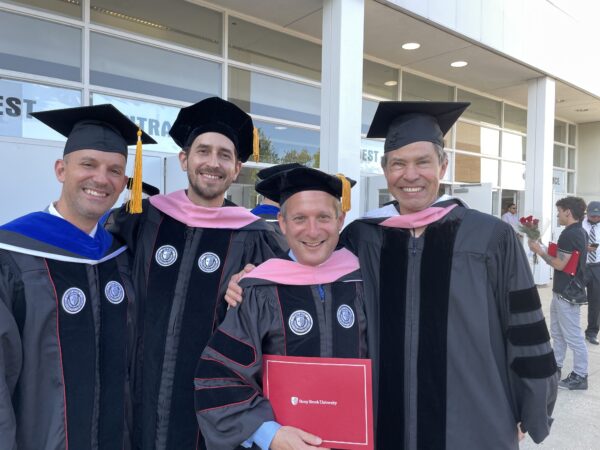